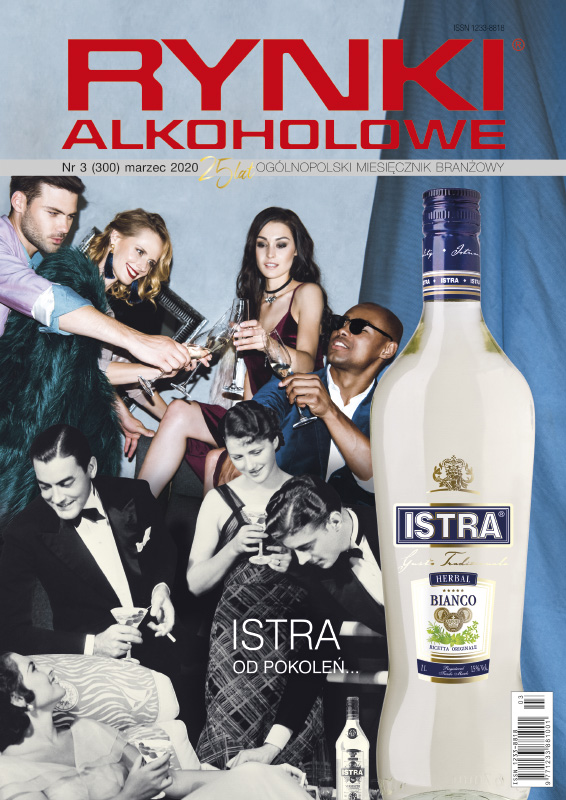 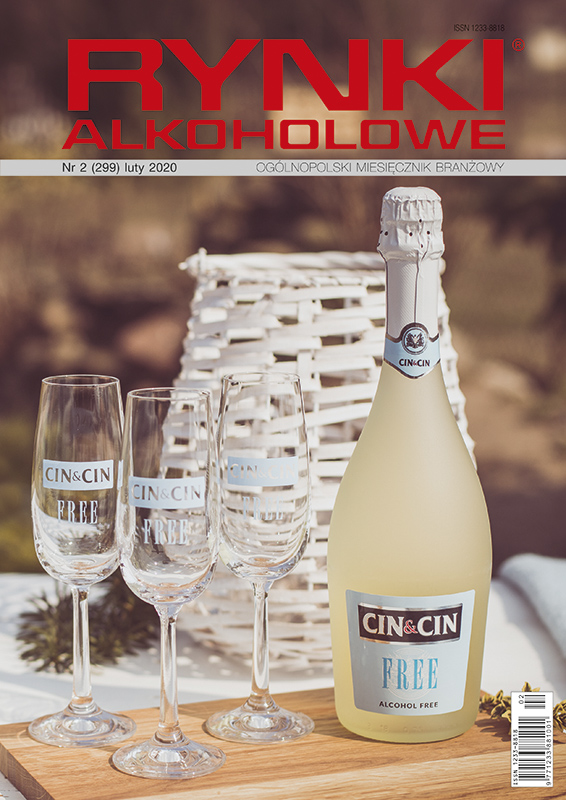 The latest results of the survey conducted by CBM Indicator show that Poles like to drink wine. Among the respondents declaring wine consumption in the last 12 months, 76% chose sweet and semi-sweet wines, while exactly half of the respondents chose dry and semi-dry wines. The survey shows that herbal wines are the least popular among wine enthusiasts. Carlo Rossi has been the most recognizable brand among sweet and semi-sweet wines for many years. It has been the dominant and most popular wine brand for several years. As shown by the results of the knowledge test of sweet and semi-sweet wine brands, Carlo Rossi was spontaneously indicated by 23% of consumers, and over 50% of respondents indicated this brand in the assisted recall. The second position is occupied by Kadarka, spontaneously indicated by every fifth person. 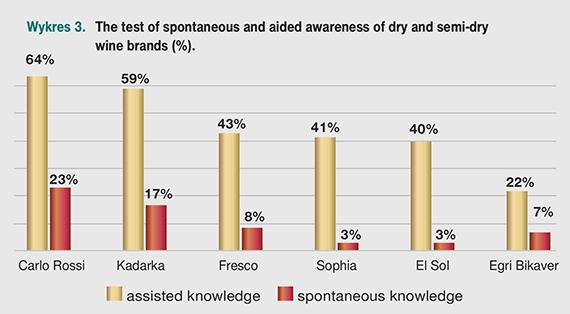 A White Paper of the spirit industry was presented during the Economic Forum in Krynica. The document indicates the areas in which producers of spirits are discriminated against – mainly tax law and admissible advertising, promotional and sponsoring campaigns. The document was prepared by Fairfield on behalf of the Polish Chamber of Commerce.
Other issues mentioned in the White Paper cover: doubts regarding the sale of alcoholic beverages over the Internet, practical problems related to regulations regarding the deposit for excise tax, doubts related to proposed changes in the scope of labelling of alcoholic beverages or difficulties related to the practice of using excise bands.

Pure and flavoured vodkas are one of the most important categories in the assortment of small-format stores up to 300 m2 – in the period from January to June 2019 they appeared on almost every tenth receipt and accounted for almost 9% of the sales value. The importance of flavoured vodkas in the sale of the entire category is still much smaller than that of pure vodkas (they account for less than 30% of the volume), but their sale is growing rapidly – in the first half of 2019, customers of small-format stores spent 16% more on flavour variants than in the previous year, while the value of sales of pure vodkas increased by 7%. 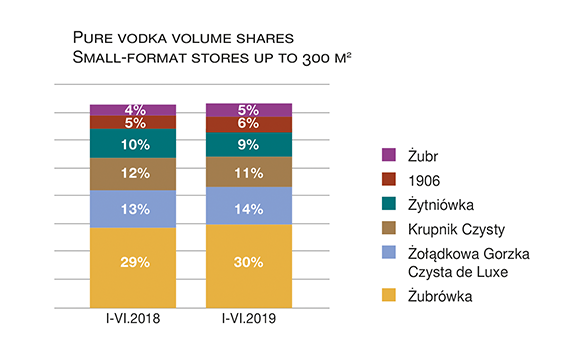 Vodkas and the packaging

CBM Indicator survey confirms that vodka is a category that is very well recognized. Respondents were asked to indicate the essential characteristics of pure and flavoured vodkas, which influence the purchase of a given brand. When choosing pure vodkas, respondents first of all pay attention to an attractive price (63%), and secondly to high quality (58%). Good flavour is the third most important factor for almost half of consumers. These three factors are also important for consumers of flavoured vodkas, but the order of these factors remains different. And so, for flavoured vodka enthusiasts, flavour counts first, 68% of respondents declare it. The second place is taken by high quality (63%) and the third place is taken by attractive price (58%). Every fourth consumer of pure and flavoured vodkas admits that choosing a favourite brand is a matter of habit. Another factor is the availability of alcohol, which is indicated by approximately one in five respondents.
Packaging of pure and flavoured vodkas is still an insignificant factor in the choice of brand. Only one in four consumers pays attention to the attractiveness of pure vodka packaging.

The leaders are holding tight

Out of 153 alcoholic brands, there are 49 whiskies at the “Millionaire Club 2018.” This result was three times worse than in the previous year. In the top ten of the ranking there were 5 brands of “golden beverage” and as many as 22 brands.
As in the previous year, the “millionaires” are headed by Jinro (Hite-Jinro) brand, an alcoholic beverage from the South Korean soju category. The second place belongs to the Indian whisky Officer’s Choice (Allied Blenders & Distillers). Interestingly, the next three places in the group of “golden liquors” are also taken by products from India – McDowell’s No.1 (Diageo/United Spirits), Imperial Blue (Pernod Ricard) and Royal Stag (Pernod Ricard). In fact, we have 17 brands from India on the list, but it should be remembered that these products do not meet the requirements of the European definition of whisky.
Johnnie Walker (Diageo/United Spirits) from Scotland is in fifth place only. There is a total of 21 drinks from Scotland, but there are many indications that next year they will be joined by The Macallan (Highland Distillers). The sixth-on-the-list Jack Daniel’s (Brown-Forman) is the best among American whisky. In total, we have 5 brands from the United States. Canada has added 3 products to the list. The strongest brand (Diageo) among the Canadian “water of life” is Crown Royal (Diageo). There are still 2 more products from Ireland and Japan. Here, the best performers on the market are, respectively, Jameson (Pernod Ricard) and Suntory Kakubin (Beam Suntory). 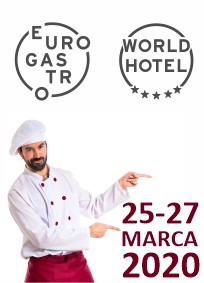 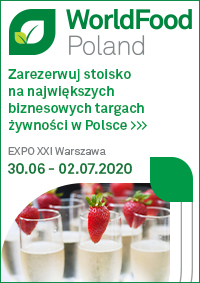